Now that the buzz of the summer breeding activity of Australian Reed Warblers, Little Grassbirds and Golden-headed Cisticolas is over and they have ceased their sometimes-incessant calling, wetlands are much quieter and can feel deserted. And while the clamorous Reed- Warblers may have deserted us for the winter and migrated north to warmer latitudes some I suspect are still here along with the resident Little Grassbirds and Cisticolas.

So when visiting wetlands in late autumn and winter I know these remarkable(1) small birds are still there however seeing some is a challenge and mostly a matter of luck without their calls to give away their presence and location.

Recently I got lucky when I crossed paths with a family of about six Golden-Headed Cisticolas – there looked to be both adults and young birds in the party. They appeared to be moving parallel to me as I walked along a levee bank with dense rushes on either side. They were angling towards the levee bank and aiming to cross over the narrow open area to the rush beds beyond. As they approached the levee they stopped and perched on the slender rush stems to check me out and assess if it was safe to cross over. I had stopped to let them overtake and cross the levee ahead of me.

It was a dull day and a moderate breeze was tossing the rush stems about which was no problem for the at-home birds but tricky for the photographer. Here are a few photos of the delightful encounter. 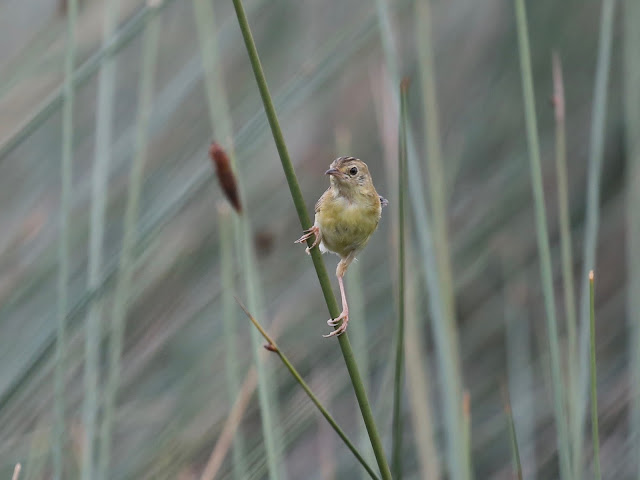 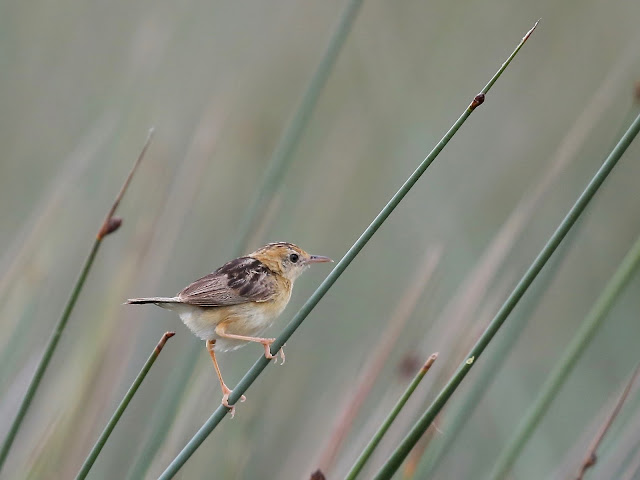 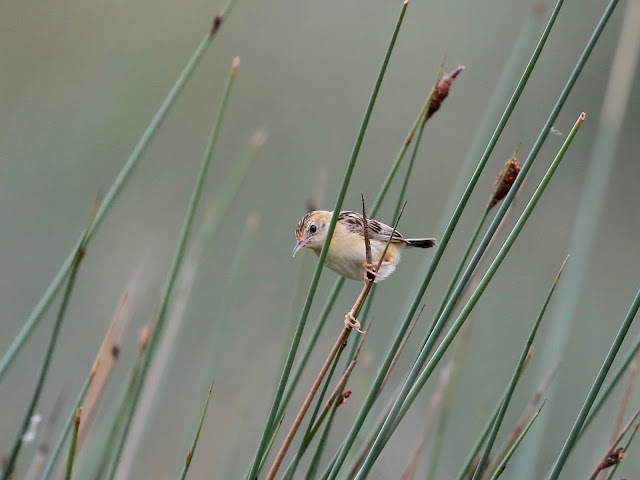 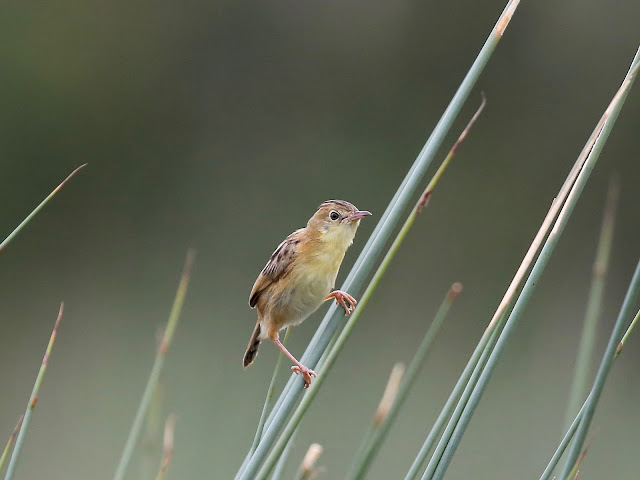 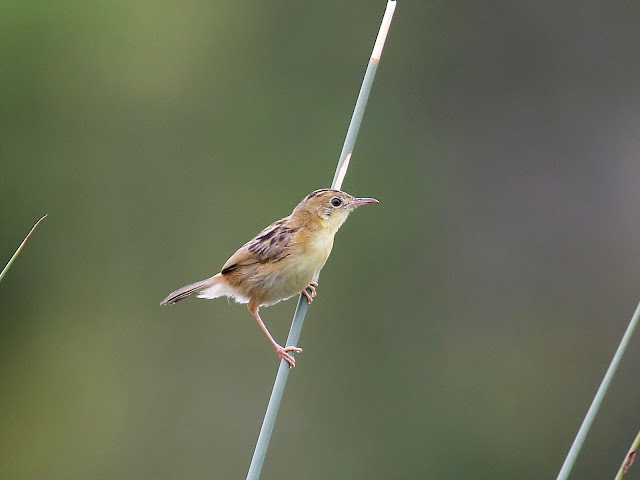 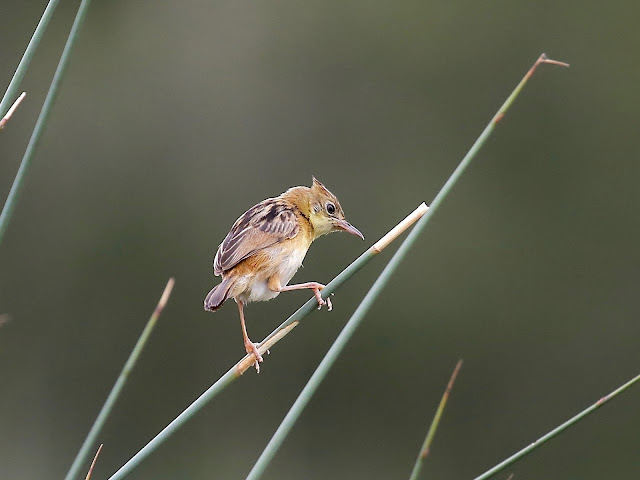 After taking the last photo they zipped across the levee and disappeared into the rushes. I spent over two hours in the wetland where I know Cisticolas are abundant, however this one brief encounter was all I saw of them.

Note (1)
I must confess I think most/all birds are remarkable however in using the term remarkable here I was thinking of the adult male Golden-headed Cisticola’s amazing courtship calls and flights and the even more amazing nests of this species. Where present, surrounding living plant leaves are pulled in and stitched, yes stitched, into the domed nest. Holes are made in the leaves and they are sown into the nest using spider web. Hence the common-name Tailorbird was sometimes used for this species in the past. It is thought the living leaves are stitched into the nest for camouflage.

Posted by Avithera at 08:59 No comments:

The Eastern Osprey (Pandion cristatus) is widespread and common around much of the northern Australian coast. They are usually solitary and can be found along the coast and on inshore lakes and estuaries and occasionally on inland rivers and lakes.


On a recent birding outing to Toorloo Arm on Lake Tyers with BirdLife East Gippsland, an Eastern Osprey was sighted by one of our members as it emerged from the water with a good sized Poddy Mullet. The bird flew with its catch to a dead tree above the water where it presented members with great photo opportunities.

While Ospreys are very common and abundant in more northern latitudes, here in Victoria they are only occasional visitors, and are often juveniles. So when they are found in Victoria it is usually cause for some excitement. The report of this bird on 16/4/18 to “Eremaea Birdline’s Interesting and unusual bird observations” gained a blue star highlight.

Here is a selection of photos of the Toorloo Arm bird. 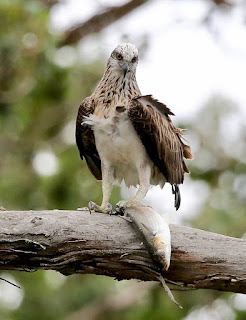 Forward facing eyes, huge talons and pursuit of fish by plunging into the water make the Osprey a formidable specialist fish raptor. 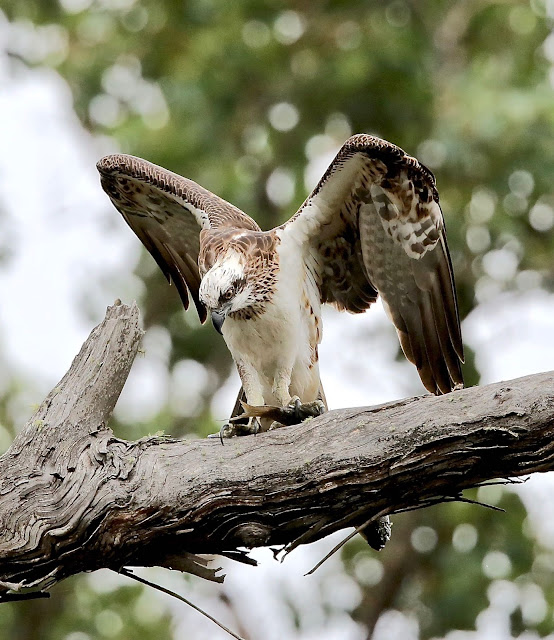 The bird is a juvenile – note in this and other photos the heavy rusty breast band which extends up the side of its neck and around the nape. 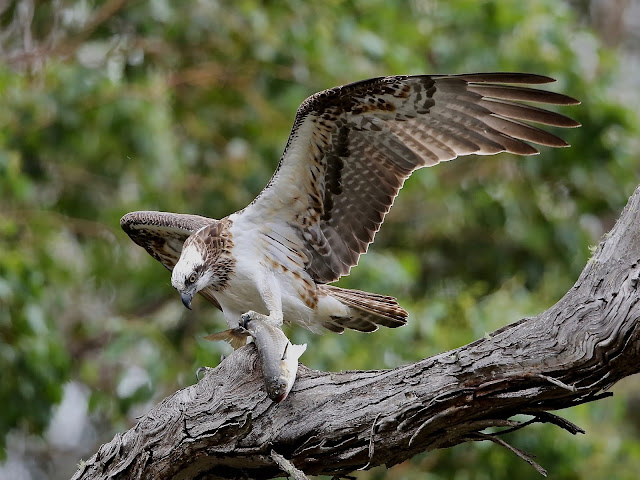 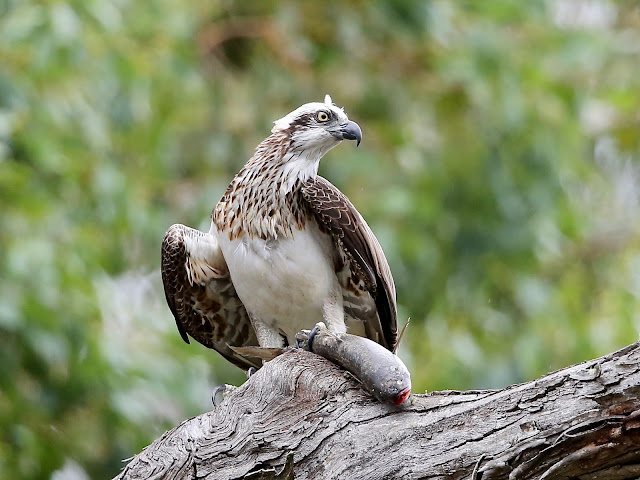 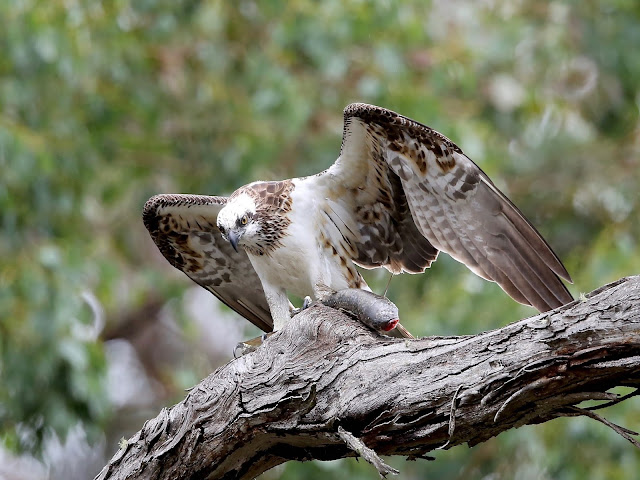 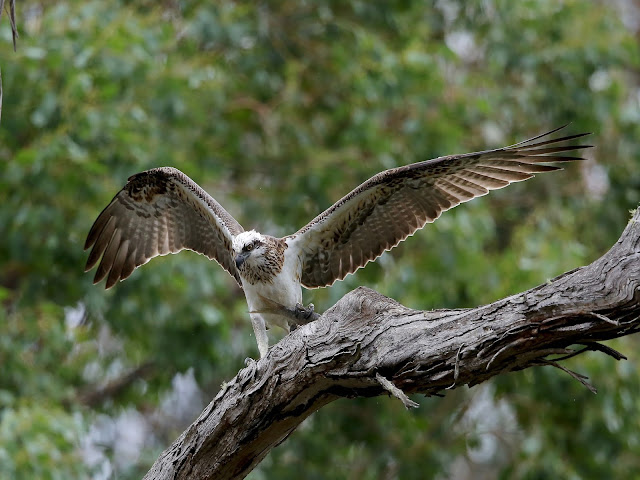 Posted by Avithera at 13:39 No comments: