It is early September and the start of the breeding season for the Brunswick Heads resident pair of White-bellied Sea-Eagles. Each morning they share a perch high in a giant Hoop Pine (Araucaria cunninghamii) above the Brunswick River in the Brunswick Heads Nature Reserve.  From this vantage point they were facing the rising sun. 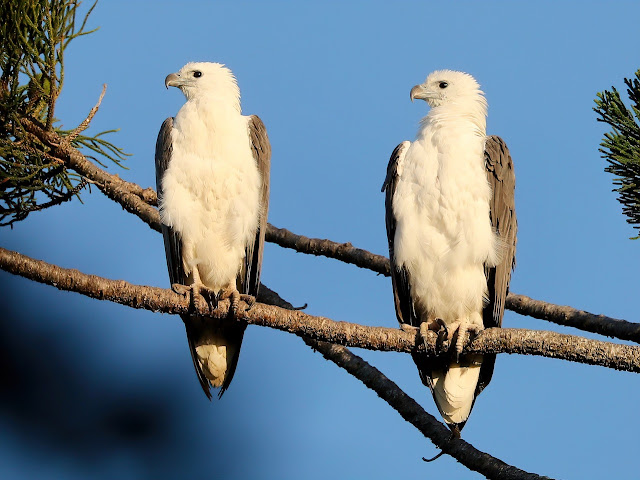 I have not seen their nest however I am sure it is close by their favourite perch. Just a week earlier they were seen copulating on this perch. As for most raptors, the female Sea-Eagle is larger than the male so the larger bird on the right in the photos is the female.

The Brunswick River and associated estuary and the nearby Pacific Ocean and beach appear to be bountiful, providing plenty of fish for the Sea-Eagles plus two pairs of  Eastern Ospreys which nest in the same area (nesting is well underway) and also a pair of Brahminy Kites.

The following photos were taken at 6.30am while the pair loafed as the tide started to run in. They appeared to be relaxed and the female preened, however their head movements indicated they were vigilant – from their lofty perch not much would escape this pair’s attention.

There were just two precise spots along an access road from which the pair were visible high in the Hoop Pine through small openings in the dense forest canopy. The following uncropped image shows the pair from the closer spot with a steeper angle and the next photo shows the pair from this location. 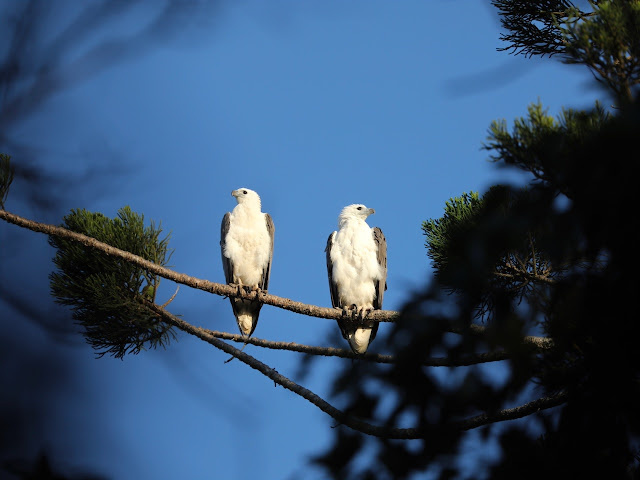 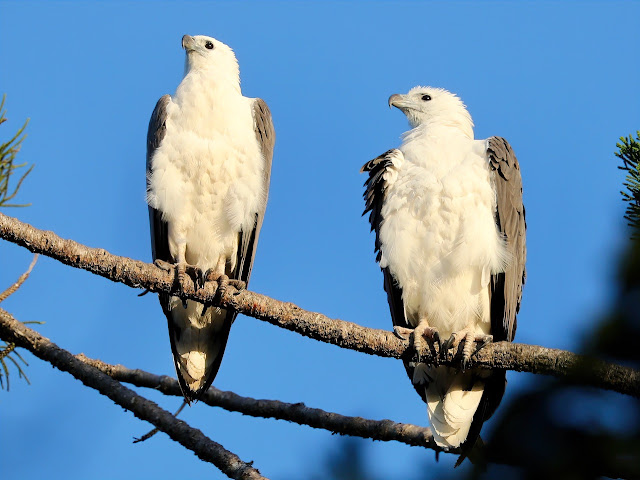 The next photo shows the view through the canopy from the next more distant location. 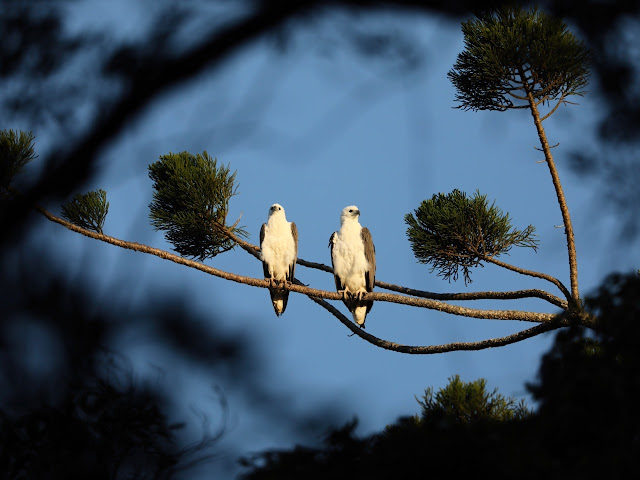 The following photos were taken from the more distant location. 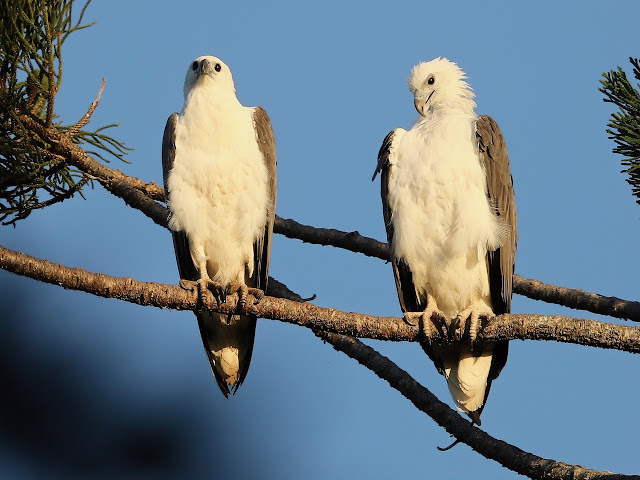 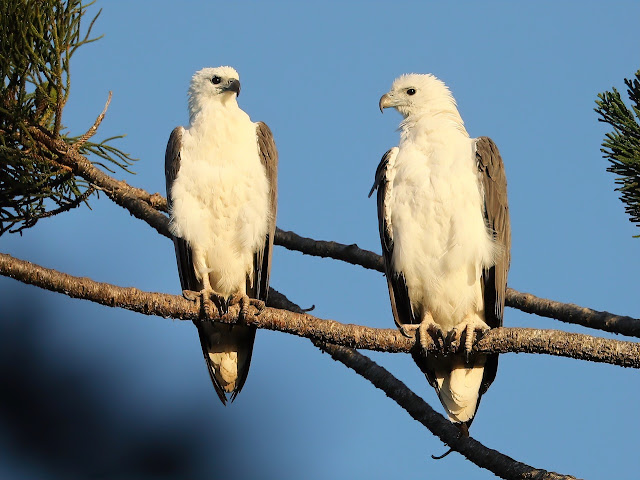 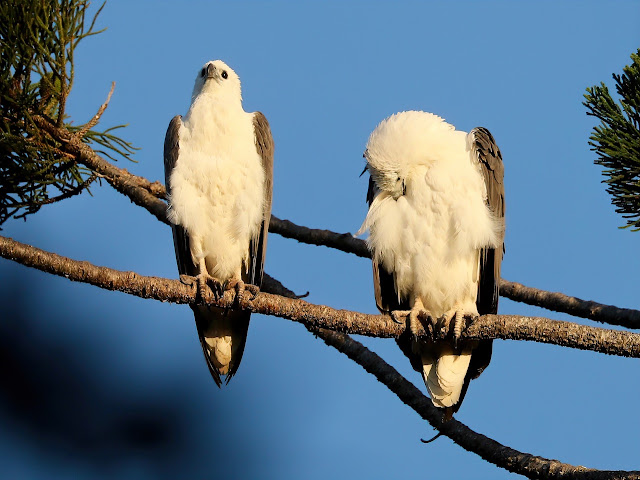 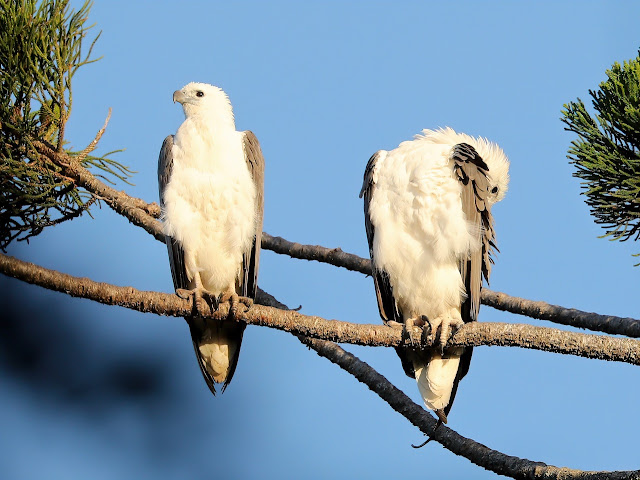 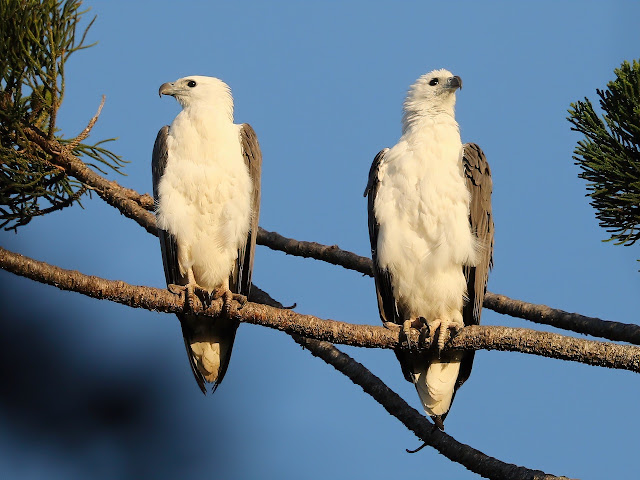 PS Thank you Mac for showing me the two locations from where the above photos were taken.

Posted by Avithera at 17:03 No comments: